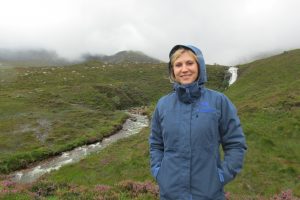 A lawyer by trade and an environmentalist by nature, Natasha is re-joining the Manitoba Eco-Network board after a 10-year hiatus. In the intervening 10 years, Natasha completed a BA at the University of Winnipeg with a double major in international development and politics, interned at the Manitoba Legislative Assembly with the government caucus, finished a Masters of Natural Resources Management at the University of Manitoba, and earned a Juris Doctor from the University of Ottawa. Her educational endeavours led to valuable life experiences: her BA took her to Lviv, Ukraine, where she volunteered at both a women’s aid organization and an environmental protection agency; her Master’s research was completed in Kenora, Ontario, with a focus on Anishinaabe and Metis women’s knowledge of water and participation in water governance; and upon graduating from law school, Natasha clerked with the judges of the Ontario Superior Court of Justice in Thunder Bay, where she worked on criminal, civil and family matters at the trial level.

Natasha is currently employed with the Consultation and Reconciliation Branch of Manitoba Indigenous and Northern Relations and is a member of the Manitoba Bar Association’s Labour and Employment section. In her spare time, Natasha also volunteers with Parvati.org to promote the Marine Arctic Peace Sanctuary, an addendum to the United Nations Convention on the Law of the Sea to prohibit the exploitation of Arctic waters. But most importantly, she delights in the time she spends exploring the world with her infant son.